About V-spoilers and our mission

With Danish innovation, know-how and production – we help reduce CO2 emissions and improve the utilization of a fuel used by the vehicle in question. V-spoilers is becoming a natural thing on trucks, vans, busses, trains, and trailers.

Benefits of becoming a V-spoilers customer

V-spoilers Mission in short words: We want to show that an easy solution can also be the best.

Check out some of these website links where you can read the EU’s CO2 reduction plan. Very ambitious, and not possible to achieve – without innovative solutions, where the V-spoiler is at the top. Why? 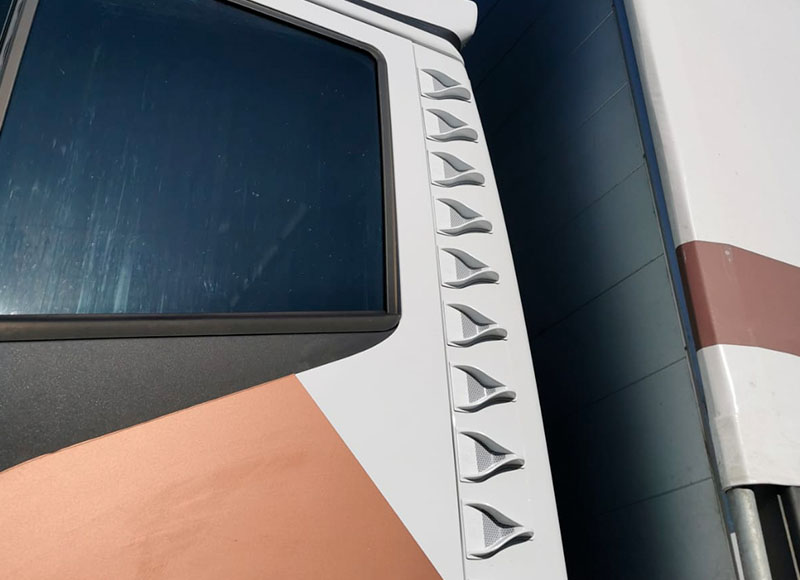 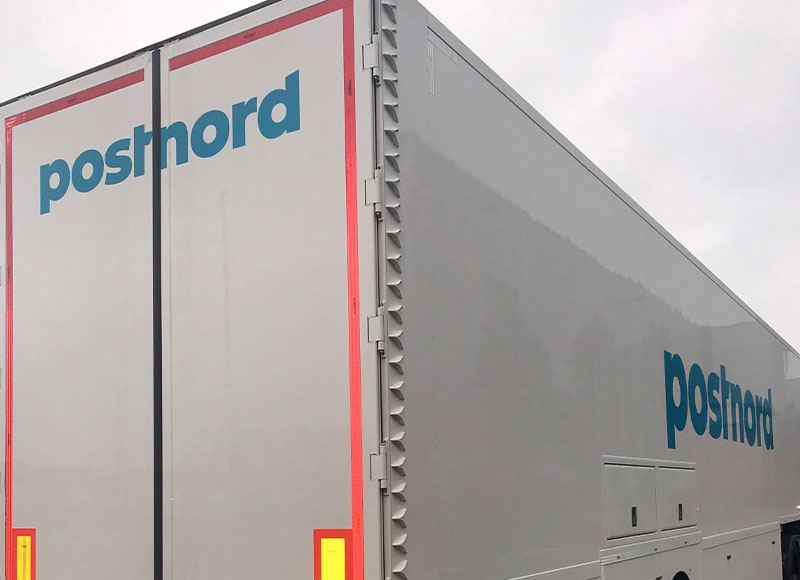 V-spoiler, has its name from the V-shaped shape, which originated from experiments with a so-called Vortex generator, in everyday life called VG. VG`s are known from Siemens, Vestas, NASA, Formula 1 designers. As the listing says, a VG is nothing new, but a unit that helps to control wind and vacuum in the best possible way, to avoid resistance and lag.

2 important factors that help determine your fuel consumption, and the best possible flow at a given speed. Not only does the V-spoiler reduce your fuel consumption and your CO2 emissions. In addition, you get the opportunity to order with reflectors that provide unique safety when you have to back out from a dark exit, You get a cleaner rear end, as dirt, road salt, dust, sand, snow and ice are led far behind your rear end, whereby your taillights do not get dirty.

This saves you washing, which is equal to less use of water, which is also good for the environment. When driving in a lot of snow / ice (Norway), tail lights are flashed as today you use LED lights, which are a cold light. In the past, bulbs were used which, with low heat, could keep lights ice-free. When you use a V-spoiler, ice, road salt, snow drifts further back, giving you more safety.

By installing a V-spoiler on the front trailer / trailer with cooling machines, you can save a lot of money on service, as the wind containing sand, gravel, salt, ice, snow continues past the space between the front trailer and trailer. When mounting at the top of the roof spoiler, you direct the slip current past the “well” where the cooling machine is located, and is exposed to dirt and grime.

When driving with trailers / trucks / Vans / Buses, V-spoiler is the only solution that frees you from drag and in addition shows your customers that just YOU, think about the environment. Who would choose a “black” carrier if there is a green thinking instead?

Do you have questions about our products or do you maybe want to become a V-spoilers dealer? Don't hesitate to contact us.